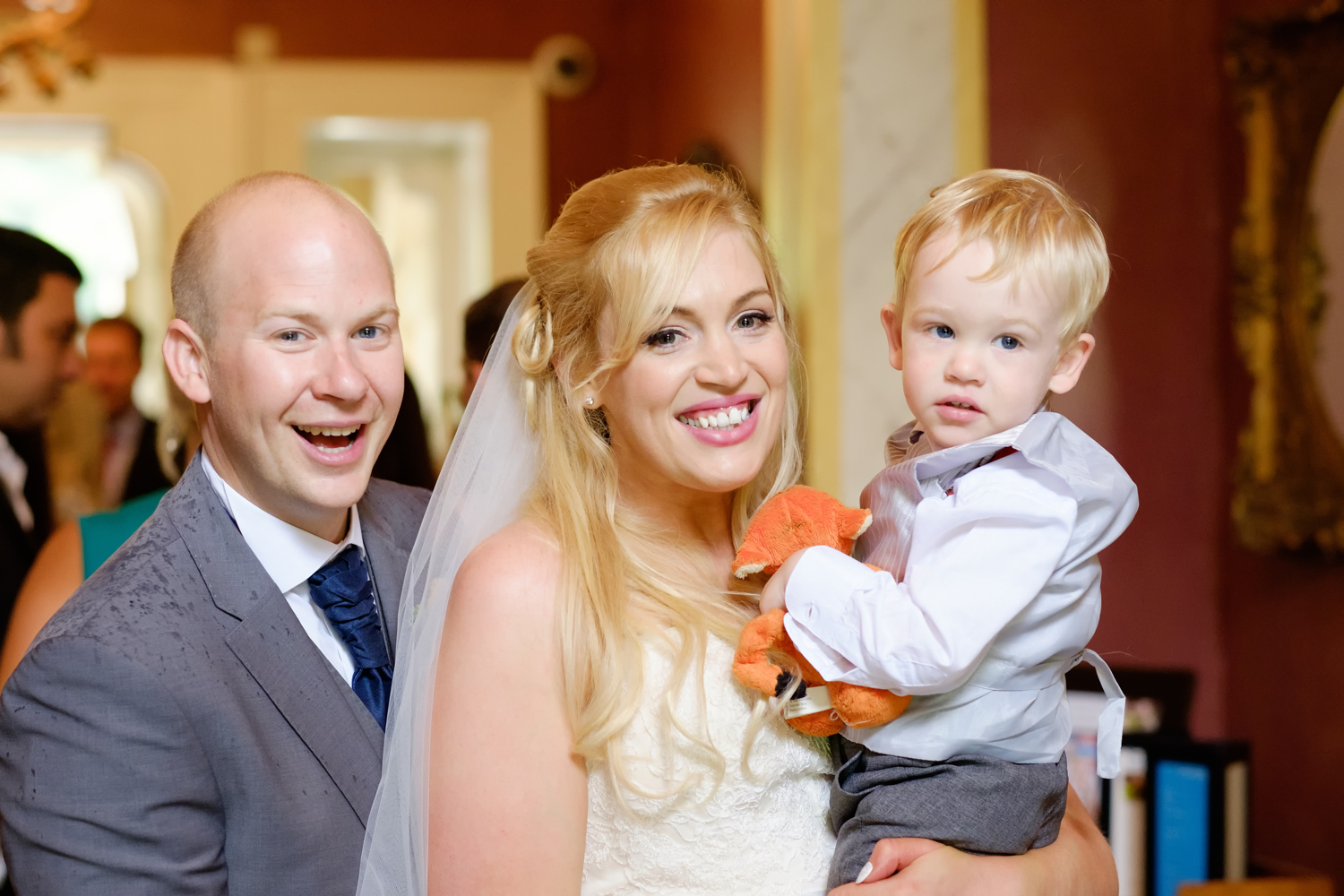 Fill-in flash is a term often used to I— describe a technique where your flash is used to literally “fill in” some of the shadows cast by the main light. In most cases, this main light is the ambient light, usually outside. Fill-in flash can also be used as a fill light along with other flashes, reducing the contrast to a range that’s easily recorded by the camera’s sensor. It can also be used indoors, for example if you are trying to reduce the hard shadows caused by overhead household spotlights. (In this case, you’d want to gel your flash CTO to match the output of the main light, the household tungsten bulbs.) With fill-in flash, you are usually just filling in the shadows and therefore don’t really want the output of the flash to be noticeable by causing its own, secondary shadows. That’s why it’s the one time where the best position for the flash is to be as close to the camera as possible.

Second best, and not too far behind, is to use a flash as close to the lens as possible. This means a pop-up flash—if it has enough power—or else a hotshoe flash can be ideal. This is because it’s just filling in the shadows rather than acting as a directional light source in its own right. The most typical use of fill-in flash is in a portrait where the subject is backlit, this helps render beautiful skin tones when setup perfectly, especially important when photographing the Bride,  If you leave the camera on automatic, chances are it will expose for the strong backlighting and render the subject as a silhouette. You could, for example, meter off the subject’s face and either use manual settings or dial in some exposure compensation, which would leave the subject’s face exposed correctly, but the background would probably blow out to white, and you’d lose a lot of detail in the hair.

This photograph of this lovely family was taken at one of my weddings here in Somerset, where I was the official wedding photographer, just adding a touch of fill flash captured the moment perfectly.

Often a better option is to expose for the background ambient light, so it retains some detail rather than going white. This, of course, would leave the subject’s face in darkness, so a burst of fill-in flash would reduce the contrast. If the subject’s face was truly in silhouette, then an off-camera flash to give some three-dimensionality would be preferable. In many situations, a burst of on-axis fill flash does the trick and has the added benefit of putting a catchlight in the subject’s eyes. Many cameras will automatically work out the flash exposure for you, but you may have to dial in some flash exposure compensation to get it exactly right. Or if it’s inconsistent, try controlling the flash manually. On certain flash systems, like Nikon’s SB800 and 900, you can set the flash itself to balance with the ambient light using a special mode called BL. In practice, it’s just as easy to leave the flash in standard mode and tweak the flash exposure compensation. Fill-in flash isn’t just for close-up portraits, though. It can just as easily be used for group photography at weddings or even to reduce the shadows in a building. In these cases, the overriding factor is the power.

If you setup your camera correctly using fill flash can really enhance a romantic wedding photograph ensuring that the light is soft of the face and not losing detail in the wedding dress for instance.

If you practice with flash you will be amazed at what can be achieved, it’s really not that difficult but you have to play, if your photographing a wedding, nail the important photos first and then play.